Why You Always Get Taken for Granted (And How to Quit)

The truth is, if you’re a genuinely nice person, you’re bound to get taken for granted in this world. I wish this weren’t the case, but sadly, if you’re kind, caring, sensitive, and empathetic, you’re naturally a magnet for narcissists, manipulators, addicts, and people who are willing to take more from you than they have to give in return.

You do not have to stay stuck in this pattern.

But I wouldn’t be surprised if, already, you’ve walked around this block a dozen or more times.

It has certainly been a repeating pattern in my life.

It has taken decades for me to come to the end of my rope on this pattern. There’s a saying about this: the pain of staying the same has to become worse than the pain of changing before you’ll actually do it. Well, after dozens of demanding bosses and controlling boyfriends and failed romantic relationships and “loans” that have never been paid back, I’m there.

I’m at the end of my rope. I’m changing. 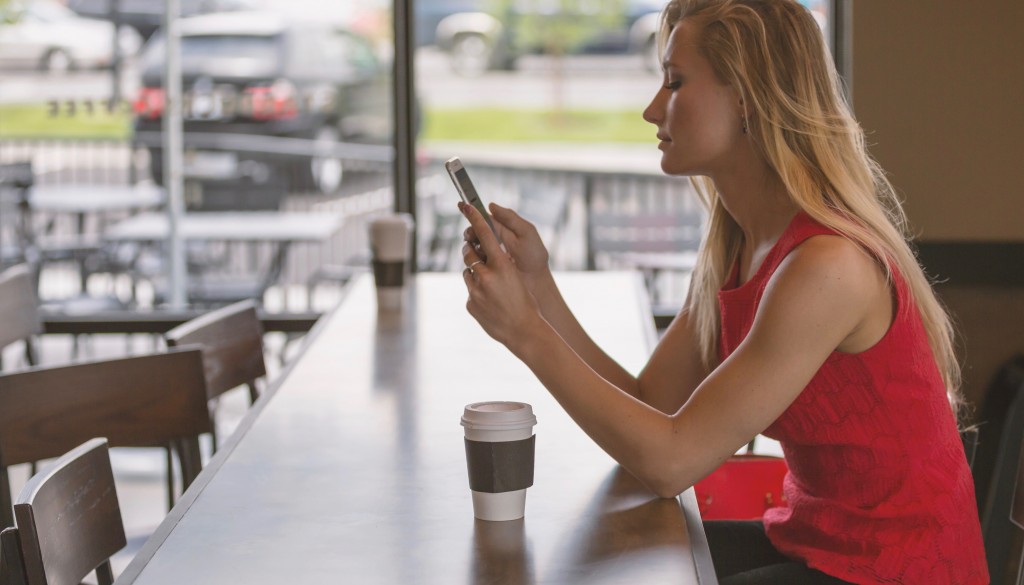 The term “cold space” was coined by my therapist.

She is the first one who told me I needed to get better at navigating “cold space”. By cold space, she means the natural space and distance that exists in any relationship between who I am and who you are. In other words, this is the distance between the two of us when you have a different opinion from me, when you want to go for a walk and I want to watch TV, when you like Chinese food and I like Mexican.

In any healthy relationship, there is cold space. It’s not a negative thing. It’s just a thing.

Some of us are better at navigating it than others.

When cold space is present in a relationship, some of us will be so uncomfortable with it, we will do anything we can to close the gap. When someone is upset with us, we immediately try to make things right—change our position, change our mind, change our actions. For those of us who share this tendency, we find ourselves constantly moving toward, even if it means abandoning our own preference or opinion.

If this is you, what an incredible quality you have. Your generosity and empathy and willingness to “go with the flow” have served you very well in life; and will continue to serve you well in your relationships. And, at the same time, it will get you into trouble if you don’t learn how to temper it.

Think about it: if all a person has to do to get me to change my position is to pull away a little bit… it makes me an easy target for manipulation and control.

On the other hand, if I can learn the art of allowing distance in a relationship—when what I want is not what you want, and vice versa, where we don’t perfectly align—this opens the opportunity for the relationship to grow stronger. Absence make the heart grow fonder, right? Cold space in a relationship may not need to be fixed. It may simply, at times, need to be tolerated.

Does loneliness make you a target?

There is research that shows lonely people are more likely to be taken advantage of. While I can’t say I’m surprised, I had also never thought about this before I read this article by Anita E. Kelly.

Lonely people… are easy targets for exploitation, as demonstrated by John Cacioppo and his colleagues in 2006. These researchers recruited lonely and non-lonely people for a game of negotiation. They used a variant of the classic economics game in which one person is assigned to the role of “proposer” and the other to the role of “decider”. The proposer starts with a sum of money and is told that he or she can offer the decider any portion of that money. If the decider accepts the offer, both get to keep their respective portions. However, if the decider rejects the offer, neither gets to keep the money….

It turns out that the lonely players, as compared to the non-lonely ones, accepted significantly more unfair offers. Cacioppo argued that acceptance of such exploitation sets up the lonely person for even more exploitation.

Did you catch that? The “acceptance of such exploitation sets up the lonely person for even more explanation”—which means this tendency of being taken advantage of is a vicious cycle—one that won’t be broken without a considerable amount of awareness and effort on our parts.

If you’re lonely—and most of us are lonely to some extent in this culture of loneliness—perhaps the first thing to do is to admit how lonely you are, since we cannot heal what we do not acknowledge. Then, we can work to do the things we know turn down the volume on our loneliness: reach out when we want to isolate, tell the truth, and acknowledge how truly supported we already are.

I love these words by the great poet David Whyte. They have been particularly comforting to me in the months since I first read them:

Put down the weight of your aloneness and ease into
the conversation. The kettle is singing
even as it pours you a drink, the cooking pots
have left their arrogant aloofness and
seen the good in you at last. All the birds
and creatures of the world are unutterably
themselves. Everything is waiting for you…

The truth is none of us are ever alone. We are so supported, so surrounded, so completely taken care of.

All we have to do is open our eyes.

When we talk about setting boundaries, usually we start by talking about saying “no”. Learn to say “no” to too many social activities, say “no” to a friend who asks you a favor, say “no” to lending somebody money. And sure, of course there is so much value in that. But for those of us who struggle with setting boundaries in the first place, what if we didn’t have to jump all the way to saying NO?

What if we could start by setting smaller boundaries?

Here’s the example my therapist gave me (aren’t you excited about all this free therapy I’m passing on to you?) She asked me to consider what would happen if, when someone asked me to meet at 12pm, I suggested we do 12:15 instead. In other words, I’m agreeing to the meeting, but asking the person I’m meeting to come my direction—just a little bit. It’s really a tiny distance. Nothing at all, actually. Totally unthreatening.

It’s practice. That’s what she called it. Practice asking people who love me to come my way, just a little bit.

What I found was that most people are really very receptive to asking them to come your way. Sure, no problem. That’s easy. And the people who were unwilling to budge, the ones who fly off the handle when you express a need, or who turn cold and try to manipulate you when you don’t do things their way… well, that’s a really great way to tell which relationships may need to end.

They may not have the capacity to give to you the way you are giving to them.

Decide you are worth more.

The reason so many of us choose relationships in our life where the balance is off is because it gives us a tremendous excuse not to actualize our own potential.

I love this quote by Marianne Williamson in her book A Woman’s Worth:

There are payoffs for holding onto small, weak patterns. We have an excuse not to shine. We don’t have to take responsibility for the world when we’re spending all of our time in emotional pain. We’re too busy. The truth that sets us free is an embrace of the divine within us. It means remembering we are the daughters of God and daughters of God don’t break for jerks.

When a woman falls in love with the magnificent possibilities within herself, the forces that would limit those possibilities hold less and less sway over her. A relationship that keeps us tied to the push and pull of co-dependent neurosis is a block to our shining. When we are very clear that we want to shine—then we attract into our lives the kind of relationships that help us to do that. Until a woman has given herself permission to be fabulous, she will not find herself with partners who promote her ability to do so.

This is hugely liberating, although it’s also challenging because it requires us taking a tremendous amount of responsibility for the quality of relationships in our lives. Are you constantly taken for granted?

Maybe that’s because, in a weird way, you want to be taken for granted.

It gets you off the hook.

The only way to combat this negative pattern, I am learning, is to do as Marianne Williamson calls it: fall in love with the magnificent possibilities within yourself. You have to decide you are radiant, beautiful, completely and totally worthy of shining. You have to decide that what is inside of you is so magnificent, it would be a crime to allow anyone in your life to block you from sharing it.

If you are like most people and recognizing your worth is not something that comes naturally to you, there’s a great book I would recommend to you by Louise Hay called You Can Heal Your Life. This was the first book I read that helped me understand how big of a role my thoughts and beliefs were playing in shaping my circumstances.

From there, I began learning how to shift them.

The only way to change negative thought patterns—the stories we’ve told ourselves over and over and over again—is to tell ourselves a different story, and to do it as many times as we heard the first story.

So if you’ve been silently saying to yourself, “you’re such a screw up” every day for decades, it’s going to take as many times of saying, “you are doing a good job” before you can re-route that old, bad habit.

Give yourself permission to walk away

Walking away from relationships isn’t always the right choice. Sometimes we can learn more from staying in a tough relationship—as uncomfortable as it is—than we can from walking away. But there are times when the strongest thing we can do is walk away. As counter-intuitive as it may seem, this can actually be best for both people in the relationship.

Someone who is taking you for granted is getting off the hook, too. What they are stealing from you is preventing them from discovering what they have to give. what you are giving to them is preventing you from seeing what you truly have to offer.

Letting go gives everyone the opportunity to look inside of themselves.

Ultimately, the most important thing to remember is this: nobody can take you for granted unless you let them. (Tweet that)

Give yourself permission, when you are giving a relationship more than you are getting from it, to walk away. This is not selfish. You aren’t being needy. You are being brave. You are holding onto yourself at all costs—the most valuable thing you have. You are so very strong.

You do not have to stay trapped in relationships that are stealing your energy and your joy. You can end the pattern. It is not easy, but it is possible.

I know because I’m doing it.

I hope you’ll join me.