Women, Confidence And The Problem No One Is Talking About

Ever since I read an article in The Atlantic about The Confidence Gap between men and women, I haven’t been able to get it off my mind. Mostly, I think, because the article put words and research to something I’ve noticed take shape in my own life over the years: women (myself included) lacking the confidence men seem to have in droves.

Of course, this is a generalization. And of course my experience is limited. 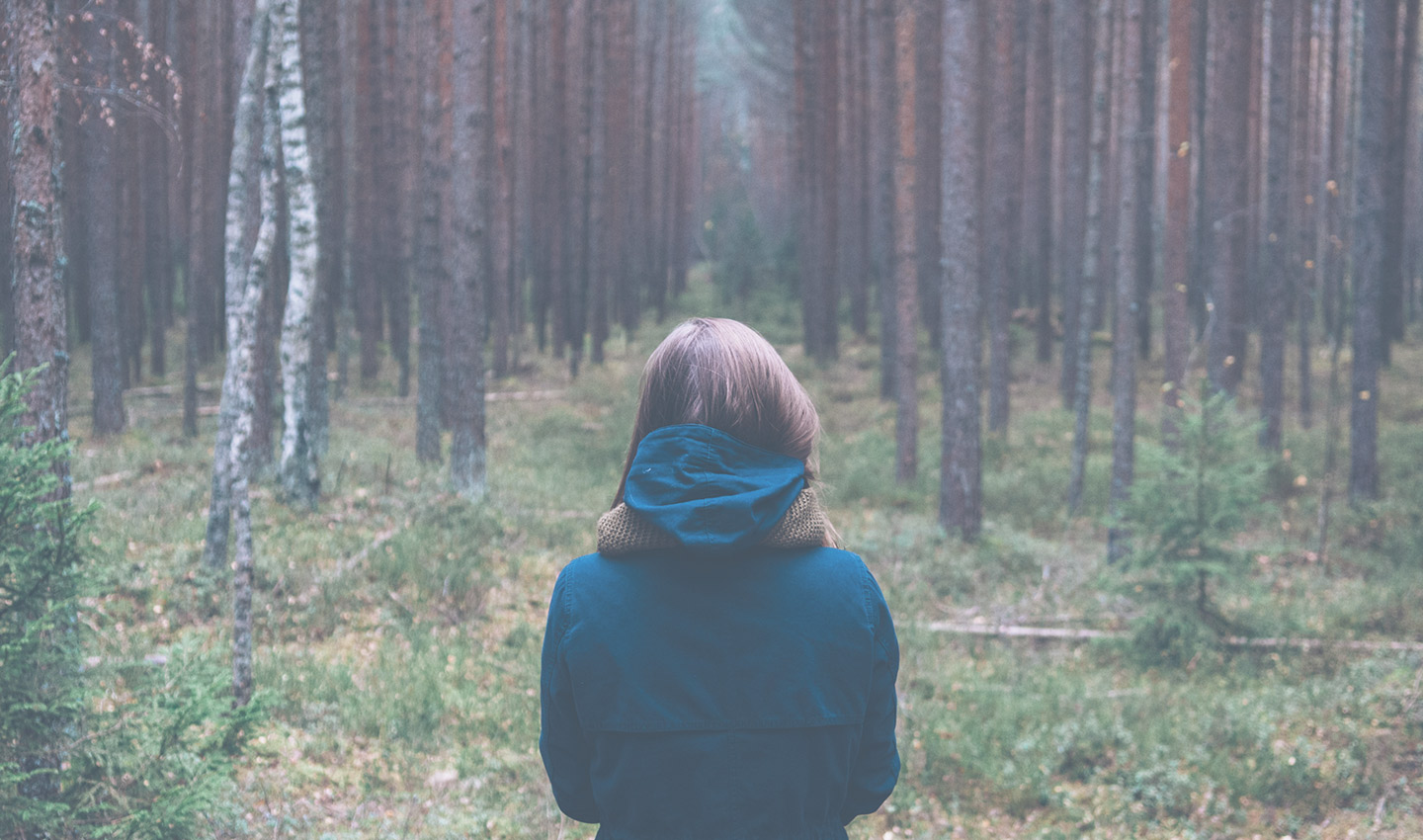 There are many different ways to define the word confidence but I love the definition authors of the book The Confidence Code use:

Confidence is not, as we once believed, just feeling good about yourself. If women simply needed a few words of reassurance, they’d have commandeered the corner office long ago. Perhaps the clearest, and most useful, definition of confidence we came across was the one supplied by Richard Petty, a psychology professor at Ohio State University, who has spent decades focused on the subject. “Confidence,” he told us, “is the stuff that turns thoughts into action (Kay & Shipman, 2014).

Did you catch that? Confidence is the stuff that turns thought into action.

So the writers I work with on a daily basis (99{9ac618bfda39dd0c8c9a0232963cb9a2adfe54a7367c2d4954ad9e847b2e5305} women) who are desperate for me to tell them their idea is a good one before they move ahead with it, or who are vying for the validation of a publishing contract before they begin to write their book—that’s a lack of self confidence. Or the woman I know who confided in me how terrified she was to speak up at a table full of men… that’s a confidence issue.

It’s one I can identify with strongly—but it’s a confidence issue nonetheless.

Confidence is the reason my friend who is a gifted dance instructor hasn’t yet tried to monetize what she does for a living, even though people are begging her to. She’s terrified to fail and afraid she’s “asking too much” by charging money for her skills. It’s the reason another friend, who is a successful businesses woman and mother underplays her skills and abilities—especially around men.

It’s the reason I have thought to myself, on more than one occasion, “How lucky am I to have found success in this area…” while the men I know think to themselves, “look at how hard I’ve worked to get where I am.”

Why are women lacking in confidence?

It would be difficult to have this conversation without talking about how culture has shaped the confidence of women. On the one hand, never before in the history of the world have women had so many opportunities open to them:

In the United States, women now earn more college and graduate degrees than men do. We make up half the workforce, and we are closing the gap in middle management. Half a dozen global studies, conducted by the likes of Goldman Sachs and Columbia University, have found that companies employing women in large numbers outperform their competitors on every measure of profitability. Our competence has never been more obvious. Those who closely follow society’s shifting values see the world moving in a female direction (Kay & Shipman, 2014).

And yet, we can’t ignore that, for decades (centuries) women have been taught to be silent, stay at home, remain uninformed, listen to their husbands, obey the rules, to play nice, and to take care of others at the expense of themselves. There is just no way this legacy wouldn’t make it difficult for a person—any person—to feel confident in their own sense of self-worth.

Not to mention, while women are certainly making progress in the work world, we are still the primary caretakers—not only of children and husbands but of our extended families as well. I met a man recently who runs an assisted living facility and do you know who he said their primary marketing is directed toward?

The eldest son’s wife. She is the one coordinating care.

And while there is nothing wrong with women being caretakers, it does add a complicated layer to this whole confidence issue. It is virtually impossible for us to make decisions without considering the laundry list of possible impact—how might this be perceived, who might this offend, how my choices might impact the life of someone who is in my care.

Then of course, there is also advertising, which too often exploits women or attacks our self-confidence to get us to buy products we don’t need. Entire industries are built off of women feeling like they need plumper breasts or glossier lips or more beautiful teeth.

People are making money—lots of money—off of our lack of confidence.

But that isn’t even the most dangerous problem.

Yes, there are still cultures and communities all over the world where women are seen as second-class citizens. And yes, there are places right in our midst where women are still being downgraded or kept silent or abused. But thanks to the courage of so many women who have gone before us and the courage of so many brave and brilliant men for that matter, fewer and fewer women are questioning the value they have to offer in this world.

But the most dangerous problem we face today, if you ask me, is that there are cultures and communities everywhere, right in our midst, where people mean really well but men and women both are stuck in old, comfortable patterns.

If I’m being really honest, my community is a place like this.

We mean well. We’re trying. Nearly every woman in my life is asking questions about purpose and confidence and working to fulfill her deepest purpose in the world. Nearly all the men in my life are good-hearted, loving, supportive men, committed to making a way for women—stepping aside to share their power and privilege.

But there are still moments where we all fall into old ways of relating to each other.

We find ourselves, as women, relying on men for our confidence.

The biggest reason we, as women, lack the confidence so many men have is because we keep blaming things like culture and advertising and the people and structures and communities instead of realizing the truth that we have what it takes to be just as confident in ourselves as men do.

The only one holding us back is us.

We keep waiting for someone else to gift us our confidence when the truth is, we’ve had it all along.

It is inside of us. We’re just keeping it all pent up.

How do I know this? Well, to start, I see women all around me who are killing it when it comes to confidence. If confidence equals action, then not necessarily feeing all put-together when you’re executing that action doesn’t make you lose any confidence points. So in that case, I can think of a thousand women who are ramping up their confidence game.

I watched a terrified but brilliant woman, and friend, recently deliver a beautiful keynote at an event. She was scared (who wouldn’t be?) but she did it anyway, and I’m so glad she did. We needed what she said.

My sister-in-law, who just found out she has cancer, cut off her own, beautiful, long, flowing hair. Rather than let the cancer take it from her, she took action. She showed cancer who was boss. And she looks amazing (actually I think she looks kick-ass. That’s what I told her).

I’ve been listening to Liz Gilbert’s podcast called Big Magic lately and she interviews six women, all in different stages of life, who are all embarking on a creative project. She takes them through what she calls a “Magic Lesson” which is basically helping them discover their inner confidence and creative power. And let me tell you. Each one of these women is taking a massive step of confidence. What an inspiration.

Not to mention Liz Gilbert herself, who is a woman paving the way for all of us.

I could go on and on about women I admire who are taking the world by storm. But here’s what I want you to hear:

Women are walking the delicate tightrope between staying at home to care for their families and putting their thoughts, ideas and gifts out there in the world.

This is where confidence comes from.

And the stakes are really high here.

This is not something small we’re talking about. There are so many problems that come along with not having enough self-confidence.

To start, when we don’t know and love who we are, we harm ourselves.

This explains the reckless abandonment with which so many women enter into toxic relationships, and the years after years they stay. It explains experimentation with drugs and overdoing it with alcohol. It explains depression and anxiety, silence in the face of abusive religion. It explains eating disorders and over-exercise or binge-eating and throwing up.

Second, when we don’t know who we are, we can’t really be in relationship with anyone. So many women are waiting to get married in order to feel confident. But if you put two people in a relationship and one person has no idea who she is, there is a word for this.

If you want your relationships to grow, if you want to feel closer to and more supported by your friends, if you know your relationship with your significant other isn’t what it could be, hold off on blaming them. Work on your feelings of self-confidence and as your inner-world shifts I bet you’ll see your outer-world will change as well.

Confident women are changing the world.

Without confidence, we can have all kinds of ideas about how we want the world to be, but we will never be able to execute them. Thought to action. That is what confidence does. So if we don’t work on our own sense of self-confidence, it’s going to be difficult for us to make progress on much of anything.

Women can be the answer to so many of the world’s problems.

But not without confidence.

Confident women are ending violence against women. They’re standing up for themselves and saying, “I won’t let you treat me like this. I’m putting an end to this for good.” Confident women are rescuing other women from slavery and prostitution. They’re taking refugees into their homes and giving them money and helping them heal.

Confident women are getting on stages and standing up in their homes and saying to their husbands and their children, “things use to be this way, but that is going to change.”

Confident women are restoring peace in the world.

Confident women are starting businesses and raising brave girls and sensitive boys. They’re speaking up at tables full of men and women alike and standing up against cultural messages that say only a certain kind of person matters.

They’re removing themselves from communities and relationships where they are not valued because they know they will never find their voice where they’re asked to stay silent. They’re deeply compassionate but also strongly convicted and unwilling to act in a way that goes against that conviction.

But most of all, confident women are taking a stand against their own jealousy and pessimism and perfectionism and competitive spirit and are saying to the women around them, “I think you are so brave and beautiful for doing that thing you just did.” They’re taking notes and getting creative and telling themselves, “nothing is impossible… we can do this.”

You are a confident woman. That’s the truth.

33 thoughts on “Women, Confidence And The Problem No One Is Talking About”