What You Need to Know Before You Push Through the Pain

I wrote this years ago—just a few months after my divorce was final, right as I was letting go of the last remnants of my old life. I never intended to share it. I forgot it about, in fact, and stumbled across it the other day. But I wanted to share it with you today as a reminder as you try to push through the pain that your pain may be trying to tell you something. 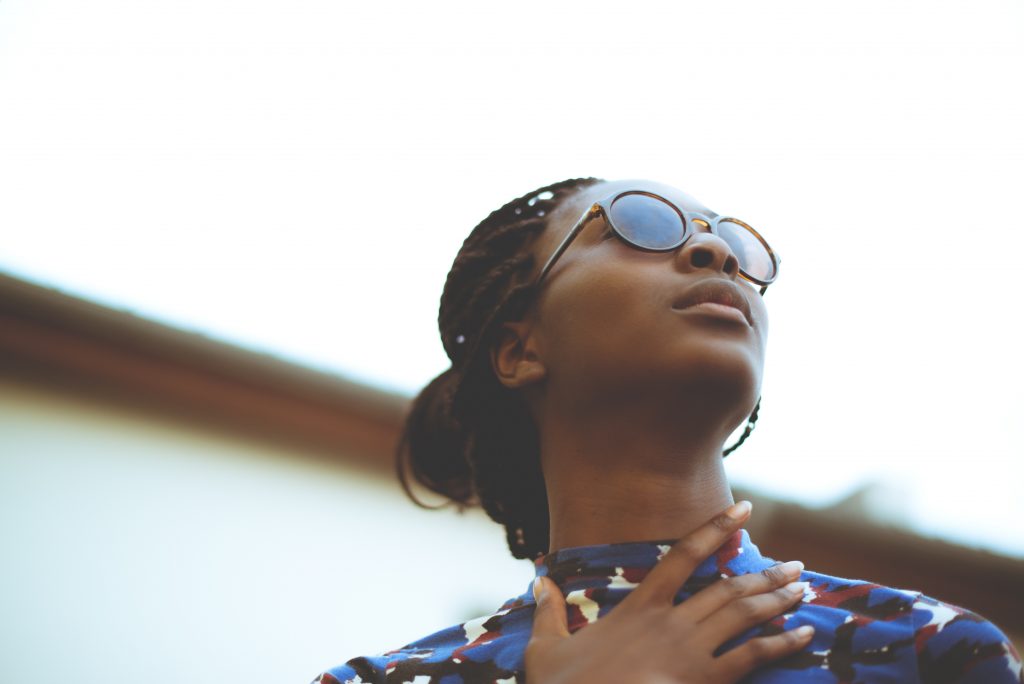 It’s been a hell of a week. Work pressures pushing in, commitments I made months ago that are feeling weightier now, people are depending on me, expecting me to show up at my best, and then there is me, still a little weary from what I’ve been walking through the last year—the divorce and the shattering of this old life and the rebuilding from scratch.

I moved all of my stuff into a storage unit last week.

Movers came and helped me do the whole thing. That part wasn’t hard. I don’t mind packing and organizing. It’s a good break for my brain—the simplicity of it—after sitting at a computer all day and trying to figure out the mysteries of the universe, which mostly entails figuring out the mysteries of my own heart and brain.

So again that part, the moving part… that wasn’t hard.

Three burly men showed up all stiff and professional, introducing themselves to me formally with a handshake, and by the end of the day we were all laughing about how I wrote a book called Packing Light and I still have so much stuff.

The hard part was really the idea that I’m doing this again… feeling upended, uprooted, like I’m unattached and floating and wondering where I might land.

Then there are those moments where I stumble across something I didn’t know I was going to find and suddenly it’s like I’m back there—in the moment, the sea of moments where I’m invisible and terrified and wishing for a way out. There are moments where I am wondering what I have done wrong and why nothing I tried would fix any of it. Fix him. Fix me so he could love me. Fix me so I could love him.

Physical items have this way of doing that to us. Sentimental items. Homes. Spaces and places and cities.

They hold the energy for us of times passed and as we release them we have the opportunity to release the attachments they represent.

So that part was hard. Releasing all the attachments.

Also, randomly—maybe from all the walking up and down the stairs in a pair of shoes that were ill-advised for moving—I got a blister on my heel. It was a small blister. Really not a big deal. It barely hurt. Or at least that’s what I told myself. After all, I had to get through this move. Once everything was over, then I could focus and dealing with the pain on my heel. Then I could take care of it with some antiseptic and a bandaid and maybe even some epsom salts.

This is my usual approach, by the way. Push through the pain. It feels so inconvenient in the moment to actually deal with it. Pain feels so in the way. So like the obstacle I have to get past so I can get the thing I want.

But pain is always trying to tell us something.

It has messages for us, if we will listen. When we miss what our pain is whispering to us, we miss everything.

I did that thing I normally do: push through the pain. All day. That worked for awhile. I made it through the move and got everything into a storage unit and rested in my own personal sense of accomplishment. Then, the next morning, I had a conference in town where I was speaking, so I got out of bed and pulled myself together and got dressed and put my shoes on—again, another ill-advised pair of shoes—and that was when I first really noticed it.

But, instead of doing what the pain was asking me to do, I told myself, this was only one day. It wasn’t that big of a deal. I could do this. I was strong. I hunkered down and tried to pretend like I wasn’t limping and was on my feet in heels for eight hours that day, parking blocks away from the event, walking, standing, talking, and more pretending like I wasn’t in pain.

I’m really so very good at pretending like I am not in pain.

I swear I’m telling you this for a reason that doesn’t have anything to do with my foot problems.

The next day I signed closing papers on my house.

This was the last of my attachments to my old life.

I cried through the whole meeting, but they were good, happy, cleansing tears, the kind of tears that tell you this hurts like hell but you know you’re moving in the right direction. The kind of tears that tell you you’re finally free again. So I cried those tears and the agent sitting across from me asked if I needed to take a break and I told her, no, all I really needed was this.

Exactly what I was doing.

To just let myself feel the pain of it. For just a minute I needed to be not okay.

She handed me a box of tissues and I cried and signed a bunch of papers and then I was on my way again. The rest of the day I spent running errands and setting up a wedding shower for a dear friend of mine, who has fought in the best kind of way for the man she is marrying, and he has fought for her, and that’s all I could think about as I went to go pick up balloons and coffee and ice and as we arranged food and tassel garlands around another friend’s house.

All I could think about was how beautiful it is when you see somebody really fight for something they want, and when they finally reach a point where it seems like their hard work has paid off.

It’s always such a gift and an honor to celebrate these stories.

It seems they are Indestructible.

I’ve had people ask me if it’s hard for me to go to weddings and baby showers now. The short answer is yes. In fact, a dear friend of mine recently had a baby shower, and I was in the car and ready to go—all dressed up and make-up on and everything, the sweet little girl gift sitting in the back seat—but before I could even back out of the driveway the tears started coming and no matter how hard I willed them, they would not stop, and I never made it out of that driveway.

Instead, I went back inside and sat by myself and just let myself cry.

That’s what I needed. To just let myself feel the pain of it.

To stop trying to push through the pain and to listen to what the pain was telling me.

But that part of the story is still all the short answer—which is that YES it’s hard, of course it’s hard, the same way it is hard for anybody who has watched something slip from their grasp, something crumble, without their permission. The way it would be hard for a woman who lost a child to stand at a playground and listen to the laughter of the other children. Of COURSE it’s hard. But it is also, in a way, healing, because it reminds me that there is still pain, and pain is not a bad thing.

Pain is a reminder that we are alive.

Pain is always telling us something.

It’s always pointing us toward the healing we are craving.

That night I put my shoes on for the party.

Which was when I realized the pain was bigger than I had once thought. It was perhaps too big for me to handle. But wait, no, if I just favored my right side a little bit, I could make this work. I wouldn’t have to walk that far thankfully. And besides, the most important thing was to LOOK GOOD, to KEEP THINGS TOGETHER.

That was the most important thing I could do, wasn’t it?

It was just a little bit of pain. I could handle it.

The night was glorious and beautiful in every single way. So beautiful I forgot about the blister for most of it.

It wasn’t until the commotion started to die down and people began to leave and I went into the bedroom to check my phone that I realized how much pain I had been in all along. So much pain. Way too much pain. Now the pain wasn’t just the blister, but it was radiating all the way up my ankle and into my leg. The bandaid I had put over the top of the blister to cover it was soaked with blood… and well… I’ll just leave it at that for the sake of you keeping your breakfast down.

But what I realized was that the blister was now infected, and the infection was radiating away from the original place of pain. It was growing and moving and getting bigger and bigger and screaming louder.

This is what happens to pain when we ignore it, by the way.

It doesn’t go away, as we once hoped. No. It gets louder and louder and more aggressive until we start listening. It does this because it loves us. Because it’s JOB is to point us toward what is good for us.

It’s literally BEGGING us to do what is good and healing.

It’s strange for me to think about how long pain has been whispering, and how long it has taken me to listen.

I’ve not been good at this in the past—at listening, at slowing, at hearing what the pain is trying to tell me—but that’s okay. I’m am getting there. The woman in me who thought she could fight her way thought the pain is also the woman who saved me.

She is the woman who has become strong enough, through all of this fighting, to be soft now.

She is the one who is letting go.

If you’re ready to hear what the pain is trying to tell you, try a practice of journaling. Sign up for free, thoughtful writing prompts, every Monday in your inbox, to help you experience the physical, emotional, and psychological benefits of a regular practice of writing.

I believe a regular practice of writing directly impacts my ability connect with myself. Not convinced?

Don’t feel like a “real writer”? I get it. But I disagree.