The Damaging Power of Perfectionism (And How to Quit)

One of the promises I have made to myself this year is that I’m going to cut myself a break. By that I mean I’m done with perfectionism: the running around, the busy-ness just for the sake of busy-ness, the people-pleasing, the incessant need to look and act as if perfection were even possible.

I’m just done with it. It’s exhausting and it’s aging me faster than I want to age and it’s an endless pursuit, a bottomless pit of desire that can never be filled. 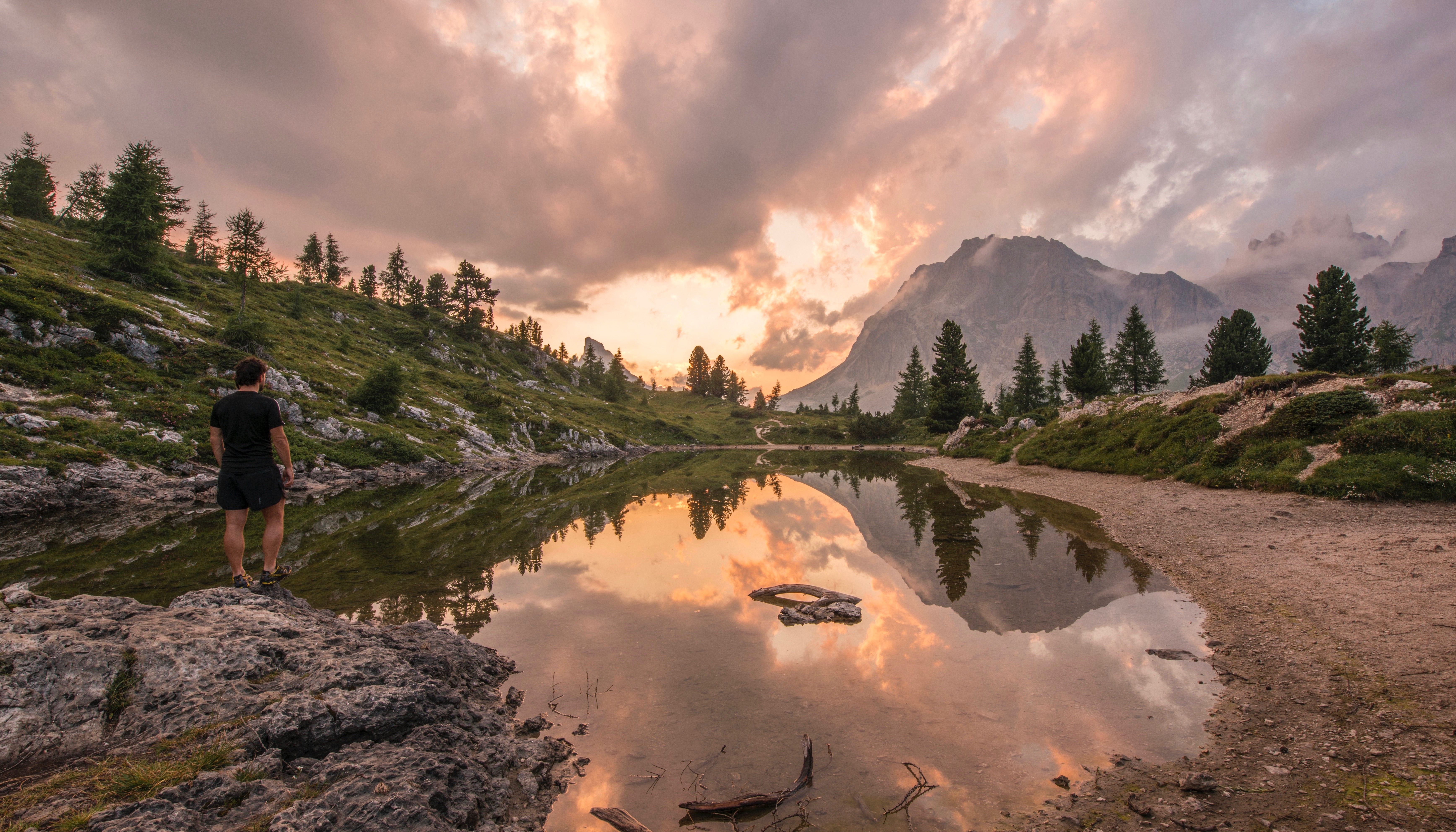 The problem is (and maybe you can relate), as soon as I work to cut myself some slack every now and then—to tell myself, “just take a nap!” or “it’s not a big deal if you’re five minutes late” or “it’s perfectly reasonable to take the day off,” there is this logical, analytical, very reasonable part of me that says things like:

This is the crazy-making part about perfectionism: our culture worships perfectionists. We love them. They make great employees, great neighbors, great spouses and even great friends—or at least that’s how it seems. It’s one of the few personality flaws you can present in a job interview as your “greatest weakness” to make yourself look good.

It’s one of the few flaws we enjoy revealing about ourselves because it makes us feel good. But what is the real toll of perfectionism on our bodies, our hearts, our minds?

The unspoken downside of perfectionism.

Can you think of a time that you refused to be happy with an aspect of your life because it wasn’t totally perfect—an event, a person, a relationship, a home, a job, a conversation, a day, a gift? Conversely, can you think of a time when you lied to yourself or someone else about one of those things—a relationship, a situation, an event, an aspect of your personality—to make it seem “just perfect” even when you knew it wasn’t?

I wonder how often we forgo true happiness for the sake of our pursuit of perfection—something that doesn’t even exist.

As if that’s not motivation enough to surrender our incessant need to be perfect, perfectionists also have a very hard time making and keeping friends. This seems counter-intuitive in some ways (who wouldn’t want to be friends with someone who is perfect?) but makes sense when you think about the two alternatives discussed above.

Who wants to be friends with a liar, or someone who is perpetually unhappy?

It is very hard for a perfectionist to share his or her internal experience with a partner,” Springer writes in Psychology Today. “Perfectionists often feel that they must always be strong and in control of their emotions. A perfectionist may avoid talking about personal fears, inadequacies, insecurities, and disappointments with others, even with those with whom they are closest. —Carolyn Gregoire, Huffington Post

There are a host of other symptoms to perfectionism—including procrastination, depression, excessive guilt, and extreme defensiveness, but we’ll get to those in a minute.

What is perfectionism exactly?

It’s important to talk about what perfectionism is exactly because the ailment has some clever ways of masking itself.

Meanwhile, I was a classic perfectionist—never enough for myself.

Perfectionists often have conditional self-esteem: They like themselves when they are on top and dislike themselves when things don’t go their way. Can you learn to like yourself even when you are not doing well? Focus on inner qualities like your character, sincerity, or good values, rather than just on what grades you get, how much you get paid, or how many people like you.  — Melanie Greenberg, PhD

Perfectionists cannot stand anything about themselves or others that does not meet their impossibly high standards, so they are constantly beating themselves over the head for their imperfections.

[Hint: We are all imperfect. We might as well get cozy with it.]

There is a distinct different between perfectionism and high achievement:

While high achievers take pride in their accomplishments and tend to be supportive of others, perfectionists tend to spot tiny mistakes and imperfections in their work and in themselves, as well as in others and their work. They hone in on these imperfections and have trouble seeing anything else, and they’re more judgmental and hard on themselves and on others when ‘failure’ does occur. —Stress Management expert, Elizabeth Scott, MS

We think being a perfectionist gets us where we want to go in life—that we can create these little personal boot-camps for ourselves to get our butts out the door and exercising and eating salads and reading books. We become our own personal drill sergeants and assume this is really the only way to make progress.

Get up you lazy bum! Put down that ice cream and get moving! Write that darn book already! Have some self-respect and change out of your sweat pants!

The great irony of perfectionism is that while it’s characterized by an intense drive to succeed, it can be the very thing that prevents success. Perfectionism is highly correlated with fear of failure (which is generally not the best motivator) and self-defeating behavior, such as excessive procrastination.

The only way I’ve ever made progress in my life is by cutting myself some slack, backing off of myself and little and by giving myself enough space to reconnect with what I really want.

One of the things I find most fascinating and also terrifying about the perfectionism conversation is the link to depression and anxiety. I think part of the reason I find this connection so interesting is because of the long battle I’ve had with both both of those afflictions. And it isn’t hard to understand how the destructive thought patterns so indicative of perfectionism would also be extremely anxiety-provoking.

What could be more anxiety-provoking than trying to achieve an impossible outcome?

But the study that really got me thinking was this one, from 2007, about the connection between those who admitted impossibly high standards for themselves and suicide rates:

Without prompting, more than half of the deceased were described as “perfectionists” by their loved ones. Similarly, in a British study of students who committed suicide, 11 out of the 20 students who’d died were described by those who knew them as being afraid of failure. In another study, published last year, more than 70 percent of 33 boys and young men who had killed themselves were said by their parents to have placed “exceedingly high” demands and expectations on themselves — traits associated with perfectionism. —Melissa Dahl, New York Mag

The article goes on to say that, in addition to the connection between perfectionism and the act of suicide, one of the great dangers of this connection is that perfectionists are the least likely to admit their need for help, to reach out for support, or to admit how overwhelmed they feel by their feelings of inadequacy.

One challenge I have given myself lately is this: just show up. By that I mean, I’m releasing myself from the anxiety of trying be perfect, act perfect, work toward perfection, or even desire perfection. All I have to do is just exist in the world exactly as I am—even if that’s sad, scared, tired, overwhelmed, or a total screw up.

When I’m feeling less-than-perfect, I don’t have to hide.

In fact, this is the very best time to show up.

Can I pass this challenge on to you, too?

What would it look like for you to just show up in your life today—without trying to perfectly pull yourself together, or to have things perfectly situated or figured out? What would you do if you didn’t have to worry about whether or not you were going to get it exactly right?

The second thing I’ve worked to do as I am learning to surrender my perfectionism is to surround myself with people who also don’t need or expect me (or themselves) to be perfect all the time. You’d be surprised how totally contagious perfectionism is. If you’re hanging out with perfectionists, you’re not only more than likely becoming a perfectionist, you’re also probably suffering the residual side-effects of their unhappiness.

Perfectionism makes us angry, sore losers, competitive jerks, judgmental of ourselves and others and ultimately unhappy.

I love this “Goodbye letter” to perfectionism written by Kristin Lee on Psychology today, where she speaks directly to this connection:

I met some new friends who are much more easy-going: self-acceptance, self-compassion and authenticity. They’ve taught me that life is not about performance, or being perfect. They really like me for who I am, not what I do. It turns out that they think all that perfect business is fake, contrived, and pretty annoying, too. They don’t care about my GPA, performance reviews or any of my accomplishments. They love it when I am happy, and being myself, without worry of rejection or scrutiny. It doesn’t matter to them how I look or what I do, and they don’t listen to the peanut gallery prescriptions out there about that, either. They make fun of the media messages supporting your cause.

So this is my second challenge for you today: who are you spending time with that is holding you to an impossible standard you can’t keep?

Do you have enough courage and self-kindness to gently let those relationships go?

The truth is perfection is impossible, but happiness is TOTALLY possible. It is possible and even probable when we are able to integrate our failures and flaws and mistakes and accept them as part of ourselves, not something to be cleaned out or altered before we could ever begin to be worthy of love.

You are worthy of love right now, just as you are. Happiness is at your fingertips. It always has been.

All you have to do is take hold of it.