We are full of them.

I was texting with a friend the other day, who had reached out to see how I was doing with a writing project I’ve been working on since December. It was supposed to be done in February, then it was March, now it’s mid-April and, in my mind, I’m still pushing the date back.

So anyway, this friend reached out to me to check in and just said, “how’s that thing going?” My response was, “well, I had to push the date back because [insert excuse here… insert other excuse here… insert third excuse here… and one final excuse for good measure]. After I sent the text back, I said:

“I know these are all just excuses.”

His response was, “Well, as long as you know…” 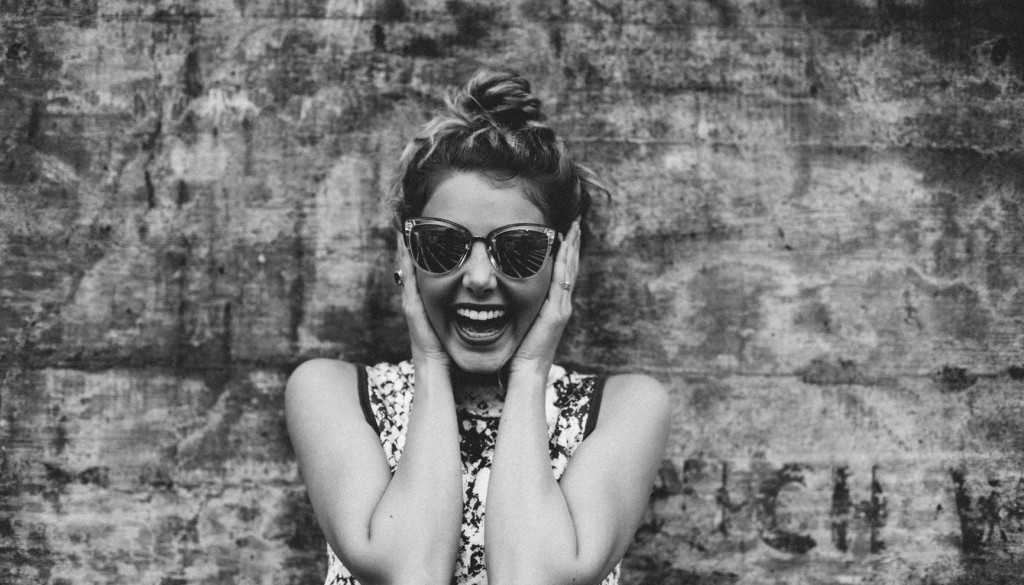 Here’s the thing with excuses. They’re natural. They’re common. They’re sometimes even completely understandable. The baby did really keep you awake all night. There really was an emergency you needed to attend to. The car really did break down or your alarm really didn’t go off when it was supposed to.

But excuses, over the long haul, are incredibly limiting. They’re scapegoats to keep us from having to do the thing we’re so scared to do, from facing the fact that we might fail.

Excuses keep us safe. They also keep us trapped and small. (TWEET THAT)

And when it comes to excuses writers and artists of all kinds use to keep themselves from having to face the fear of their own creativity, I find most excuses fall into three categories. Of the hundreds of excuses I’ve heard over and over and over again, these are the four I find repeated most often.

This is the number one excuse I hear from people who want to do something but are scared to get started. They say, “I don’t have the money for that”

This is my personal favorite excuse. By that I mean this is the excuse I find myself using the most, over and over again.

About six months ago, I started to get the feeling that I wanted to take some yoga classes. I had been doing yoga in my living room for months—watching videos on YouTube, rolling around on my concrete floors, trying not to kick the coffee table, but I wanted something more consistent and personal.

I wanted to challenge myself. I wanted to actually be in a room with people, especially with an instructor.

My biggest problem was this idea in my head: it’s too expensive.

Thankfully, I found a yoga studio in my neighborhood that was offering a special to new students, so I took them up on the special. It was something like $20 for as many classes as you could take in your first two weeks. So I decided I was going to squeeze everything I could out of that twenty bucks—because, hey, money doesn’t grow on trees—and I went to 8 or 9 classes in those first 14 days.

In just that short time, I started to see the incredible value that these classes were having in my life, not only with my physical health, but also my concentration, my energy, and all of this had a residual impact on my business, my productivity, etc.

So, when my two weeks were up, I took the next step.

My point is this: we allocate money for the things we decide matter.

That’s really it. So what have you decided matters? When you actually look at the numbers in your bank account, do they line up with the words that come out of your mouth? And most of all, what would happen if you decided that the dreams and desires you have in your life matter?

How would it change your money excuse if you were able to believe you matter?

There are really two faces to this excuse.

The first face is, “I don’t have enough time to pursue the things that matter to me because I’m busy taking care of everyone else.”

The second face of the “time” excuse is the productivity face. It looks like this: “I don’t have enough time to paint or draw or write or start a business because I am an incredibly busy, productive person and I don’t see how that thing is going to produce measurable results in my life.”

To this excuse, I would say: we live in a culture that is obsessed with productivity. Everything is measured by how much money it can generate, how much progress it can help us make. Thank you industrialization. And while there’s nothing wrong with productivity, the problem I see comes when we begin to worship productivity and forget that some of the most valuable things in life produce results so slow, they are hard to measure.

In fact, consider some of things that might be considered “un-productive”:

Are these things un-productive, or are they just slow-producing?

Over time, we will begin to see the fruits of our labor. But if we are desperate to see progress right away, we might feel disappointed. Some of the most valuable progress we can make in our life often happens under the surface, where nobody (including us) can see it.

Whenever we gets to this excuse, we know we’re really getting somewhere, because more than the time and money excuse, fear is the driving source of most excuses we give for avoiding our creative projects. So when we can finally say, “I’m scared” we know we’re getting more honest and we’re on the right track.

But if we can remember these few things about our fear, they can help us when that fear becomes our primary reason for not moving forward.

This might seem sort of elementary, but if you stop and think about it for a second, I bet you’ll realize that, in your mind, you tell yourself that you’re the only one who really feels the fear you do. You’ll think, “so-and-so can’t be afraid of writing a book. He (or she) already hit the New York Times Bestsellers list!”

Or maybe you think, “there’s no way so-and-so is scared of running out of money. He (or she) has thousands of dollars in savings!”

The truth is that no amount of success, progress, momentum, money, time, or anything else will keep you from feeling afraid.

In fact, just the opposite.

Which means our only hope for moving forward in life in spite of fear is to remember everyone gets afraid, that fear is natural, and we can in fact make friend with our fear (keep reading).

As someone who has struggled with chronic anxiety for most of her life, this simple, quite obvious thought had never occurred to me until I read it in Elizabeth Gilbert’s new book Big Magic. In case I’m not the only one, I thought I’d include a quote here.

A certain amount of fear is actually good for you.

All of us humans were equipped with the same basic fear package when we were being knitted in our mother’s wombs. And not just humans: If you pass your hand over a petri dish containing a tadpole, the tadpole will flinch beneath your shadow. That tadpole cannot write poetry, and it cannot sing, and it will never know love or jealousy or triumph, and it has the brain the size of a punctuation mark, but it damn sure knows how to be afraid of the unknown. Well, so do I. So do we all. But there’s nothing particularly compelling about that.”

Fear is a biologically imparted impulse designed to protect us from harm that sometimes can go a little haywire, and while we’re supposed to be scared of lions jumping out of the bushes at us, we end up being afraid of things that are totally illogical and unreasonable and that will probably never happen.

Even in this case, my approach is to listen to your fear.

By that I mean, actually have a conversation with it. Ask your fear what it is trying to tell you. I mean, what would you do if someone were not listening to you? You’d probably YELL LOUDER. Don’t you think?

So once you listen to your fear and it imparts it’s weird wisdom to you, thank it for its contribution, and move on.

3. It can be a neutral companion.

When we do this with our fear—actually begin to listen to what it’s trying to tell us—fear can become what I call a neutral companion. By that I mean it’s always there, lurking in the background. But it’s not threatening to steer us off course or hit the breaks just when it seems we’re starting to get some momentum.

Because, like Elizabeth Gilbert points out, fear can come on the road trip—it’s just not driving the bus anymore.

What would it look like for you to listen to what your fear has to say to you, but to kick it out of the driver’s seat? How could this help you make a little progress with your goals?