A New Way to Look At Changing Plans

My family has done nearly the exact same thing for every holiday for as long as I can remember.

We bake the same cookies at Christmas — sugar cookies with candy canes in them, and Oreos dipped in white chocolate. Years ago, when stores started selling those cookies in a package, we kept making them, because it was tradition.

We have the same family friends over every Thanksgiving, alternating between their house and ours. The hostess house always makes the turkey and a few other miscellaneous things. The other family brings the rest. 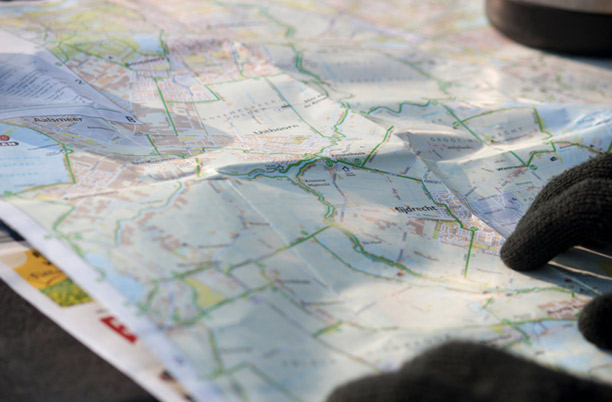 Our friends always make cheese grits (even though they live in Oregon) because they’re from the south.

I used to be terrified of plans changing.

Because there’s just something so comforting about predictability; there’s something so lovely about knowing what is coming.

It wasn’t until I met my husband that I realized anyone could feel differently. Just mention the word tradition and he starts to feel claustrophobic. He likes change. He never expects plans to stay the same. And the idea of doing something the same way over and over again, day after day, or year after year, feels about the same as it would if you put him in handcuffs.

When I first met Darrell, we were on opposite sides of the country.

I lived in Portland, Oregon and he lived in Minneapolis. We met online (through our blogs) and after a month of phone calls and Skype dates and text messages and Twitter flirting, he invited to come meet him in person. I was training for the Portland Marathon at the time, so I told him I would love to, as long as it didn’t interfere with my training schedule (romantic, I know).

I flew across the country, met him for the first time on a Wednesday, and by Saturday he was on a bike, coaching me through a 17-miles. By “coaching” I mean he was saying, “You’ve got this! You can do it!”  while I barked back, “What do you know?! You’re on a bike!” (I was kind of a cranky runner, as it turns out.).

Then, after a few weeks together, we were supposed to fly back to Portland so he could meet my family and could cheer me on at the marathon.

We were on a layover in Atlanta when he got the call that changed our plans.

A church in Michigan asked if he would be willing to come share about the ministry he was starting. They said they would take an offering for him, and since we had just been discussing how we were going to afford to bring our lives together, neither of us even blinked before agreeing, “yes!”

He hung up and said, “I guess I’m flying to Michigan this weekend.”

Suddenly I realized. That would ruin our weekend plans. Not only would he would be meeting my family and leaving the following morning, he wouldn’t be there to greet me at the finish of the Portland Marathon. (I doubt he was as bummed as I was, given my track record with running and, you know, being nice).

I knew this was a great opportunity for us, but I was resolved to be sad about it.

It seems so stupid to say that now, but that’s really how I felt.

There was no way this change of plans could be a good thing. I would never get the perfect weekend I’d planned with my family.

Little did I know I would get something different.

Darrell traveled to Michigan, shared about our ministry, and the community there blessed him with the finances we needed to get started. He left the church and immediately drove to buy a ring so he could propose to me the following weekend.

That was not part of my plan.

Slowly but surely, I’m learning to trust that when things don’t work out the way I plan, they often turn out better.

Traditions aren’t bad. Routines aren’t bad. There is something beautiful about predictability. There’s something comforting about knowing what is coming. But I’m starting to see how many times when plans change, something better is on the horizon. 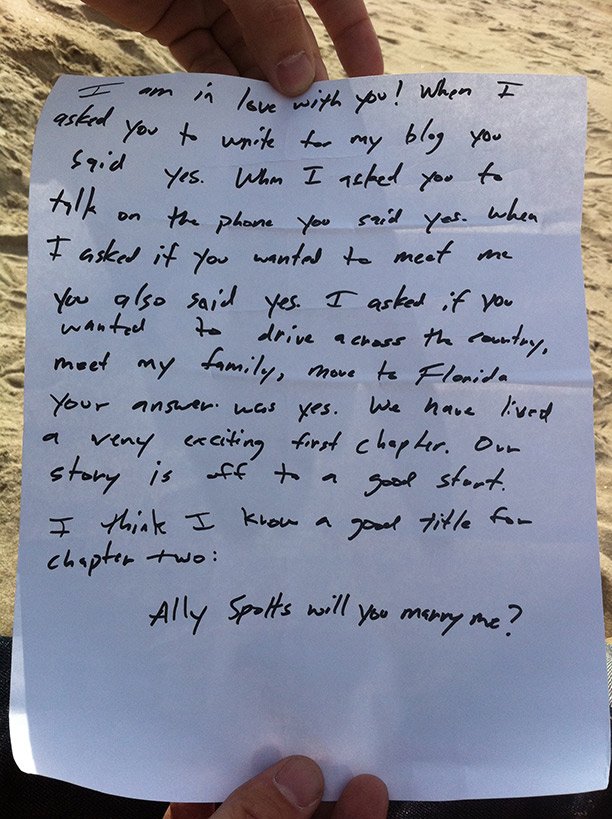 6 thoughts on “A New Way to Look At Changing Plans”